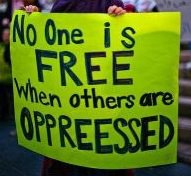 THE FOLLOWING IS TRANSCRIBED FROM: http://harrassmentterror.wordpress.com

“Gangstalking” is a “catchphrase” name describing what has become a part of traditional organized crime that is networking through the United States and some other countries.

Organized crime groups and “criminal elements” from all walks of life use or hire for pay, criminal organized stalking crews to assault “targets” to cover up financial or other crimes.

These criminals “contract” with the covert organized assault crews to silence any potential witness or “trouble maker”, whether real or imagined, that could possibly affect their lives.
They “contract” / “assault squad” to discredit and silence . . .. . .. . .. . .using their criminal “gas-lighting” methods.

These “organized criminal crews” assault [victim’s] family, friends, neighbors and many people in community.
There is always a reason someone is targeted and most will know why and who started it, but apparently, some victims never know what happened to them, why it is happening or who “triggered” the overwhelming assault. This is probably because the “trigger event” was irrelevant and meant nothing to the victim, but was perceived as possibly damaging by the criminal(s) involved.

The victim/target could have “upset” somebody and now that person simply wants revenge.

This is a very lucrative criminal enterprise for many of the perpetrators.

People considered important to the success of a “hit” are offered large “bribes” to become a perp and start “working” the victim.

Advanced communications such as the internet, cellphones and voice over internet protocol have accelerated the growth and networking of these organized criminal groups. Their day to day stalking activities depend on these same technologies plus GPS and other hi-tech devices and electronic spy harassment equipment.

Law enforcement agencies are aware of these criminal groups and are gathering information on them; they are also participating.

I have not read about a “targeted individual” that would have believed this could happen to anyone, had they not become a victim themselves.

These criminal stalking groups go to extreme lengths to cover every aspect of their “covert” operations. They try to have a plausible explanation for everything.

The crimes they commit are well planned and easy to do but easily deniable.

A victim might see many work projects in the area, small or large, constant maintenance all around the neighborhood involving new workers you have never seen before. Endless traffic of all descriptions.
Mobbing activities near your home, on the highway, in stores and on the street. These are mostly perpetratorss or all perps in some cases. They will always have a ready made reason to be where they are before they are dispatched.

“Gangstalking” is described on some websites as a bunch of people “just” following you around doing strange skits. That would just be annoying compared to what it really is.

Although it might be possible that victims are not aware of where their “symptoms” are coming from. I thought I was physically ill at first, but then began to see a relationship between my “illnesses” and what can only be described as felony assaults.

The mental and physical effects described by most targets are achieved by:

– covert poisoning using more or less common neruo-disruptors
– organic phosphate pesticides
– psychotomimetic agents (drugs)
– and irritants.
Some of these chemicals are mixed when needed with additives to make them behave in desired ways.

Some, what I will call irritants, are sprayed on the target and act locally on the skin or spread out slowly with various effects.

The chemicals can be administered by “flipped” coworkers, neighbors, friends, family, local strangers and old or new professional (paid) perps.

Neuro-disruptors have a cumulative effect

With successive poisonings there is a gradual decrease in cognitive functioning which is what is intended by the perps.

Some psyhcotomimetic agents usually LSD or similar will be applied to surfaces the victim will ordinarily touch, door handles, cabinet drawers, any place in their home, car and places at work.
Daily vitamins, coffee, shampoo or anything used or consumed on a daily basis is a potential contamination target, especially single use items.
In the home milk is often contaminated with OP pesticide.

The perps will start slowly, only contaminating a single item or items they have control over so no evidence will remain in case law enforcement investigates. After they believe they have compromised the victims credibility they will become more active and aggressive with contamination and all other aspects of the “organized assault”.

The following as well as this entire scam may take place over the course of many years.

Co-workers, neighbors, friends, family, law enforcement and the general public are told planned, consistent lies about the victim/target. This will start with law enforcement long before the actual assaults begin. They do this to “set up” the target, hoping law enforcement will believe their lies and ignore the victim when they first report this crime.

Perps might hire local lawyers and private investigators in a ruse to “legitimize” the scam. Later the perps will report crimes or trip alarms in the area so the police will have to drive by the target’s house.
Ongoing double assault

While “working” this chemical attack, the perps perform “street theater” around the target.
They hope the poisoned/drugged target will panic, then report and try to describe these bizarre “skits” to law enforcement.

The goal is to create poison and drug induced psychotic episodes, paranoia, and actions that could (the perps will say) appear to be schizophrenic (only if you are not educated about schizophrenia would you believe this). The perps often launch large drug assaults against a target in public. If the target is effected enough they will report or encourage a bystander to report the target to law enforcement, saying the target is schizophrenic, crazy or psychotic.

PEOPLE IN THE COMMUNITY TRICKED OR CONNED

Some people in the community are tricked or conned into participating. They are told clever lies about the targets. They may even be deluded into thinking they are doing a “community service”.
If they knew the truth of what they were involving themselves with many would not cooperate willingly. Others accept drugs, money, “favors” or other forms of compensation. Many who know or are close to the target are forced to take part in this criminal scam, it’s essentially “the offer they can’t refuse”.
Some are set up for various crimes and blackmailed, or blackmailed for any existing secrets they want to keep from co-workers, family, friends or the community at large.

VANDALISM, GASLIGHTING, ANIMAL ABUSE, DRUGGING
After they are “flipped” they are “coached” by these criminals in their “methods” of assault and supplied with “covert equipment” to topically spray or squirt these chemicals on or around the target or in their food or drink. This will be done at every opportunity at the target’s home (at night to wake you up) or away, on foot or in the car.

Anywhere the target is or goes the perps will work together, using surveillance, advanced communications, stealth and simple diversionary tactics to draw the target into position for an assault that will not be detected by the general public.

The perps have their own websites and “shills” to spread misinformation and disinformation on the internet.
Some pose as support for victims trying to disrupt the actions of those who are really trying to help victims. There are perps posing as victims.
These perps post intentionally “crazy sounding” accounts describing bogus “satellite attacks” or “advanced electronic weapons” and the ever popular “mind control” which they stretch way beyond anyone’s imagination. They want to frighten and confuse real victims with a mix of real and bogus information that they hope will be believed and repeated by victims.

Just like all the things these guys do it’s pretty much “business as usual”.

They take the information they have gathered about the target and present it in a way that is supposed to make the victim wonder “How did that stranger know that”?
It’s the same “directed conversation” stuff they do to targets at stores and on the street.

The perps don’t have to get into your home to install a “hook switch” or “infinity device”.

The perps can also sign you up for GPS tracking too, they only If you haven’t already, don’t leave your cell phone anywhere unattended.

These perps will work to shut down servers using their bot-nets, if only temporarily. And be aware that even after a clean reload/install of your OS they will try to get the latest trojan, key logger or virus to you in an email attachment from a formerly trusted source. Sadly it might be that cute e-card from a family member or friend. If they have the run of your home it only takes a minute to load “spy” software using a CD or USB memory drive. If you can’t keep them out of you home, back up your data, reload the OS and lock the drives down so they won’t boot on start up. Keep your OS “locked down” or “hardened” against all known attack methods too.

These organized criminal groups have an appointed leader(s) that control(s) everything they do.
They operate much like a computer bot-net receiving orders, tracking the target and dispatching a stream of perps.

It took stalking of well known celebrities and a death before anyone started taking effective action against stalking.

Covert, and Pervasive. They have mastered a sell, and can hire lawyers and others to do their PR and disseminate hate, via slander. Recruiting uses all avenues, from con and threat, to presentations of fabricated characters profiling. The use of technology to manipulate photography, and recorded sound support the fabricated character profiles.

Gang stalking/covert harassment is not only about ostracizing, isolating, and gas lighting someone into the hallways of behavior services and psyche wards.

– creating mishaps and complications,
– skits on the street that direct conversation towards the victim, using the victims personal information (street theater)
– baiting the victim to react emotionally or violently in planned and staged situations.
– bank embezzlement
– i.d. theft
– vandalism of computers, electronics and email hacking

AND THE LIST GOES ON– FEEL FREE TO GOOGLE 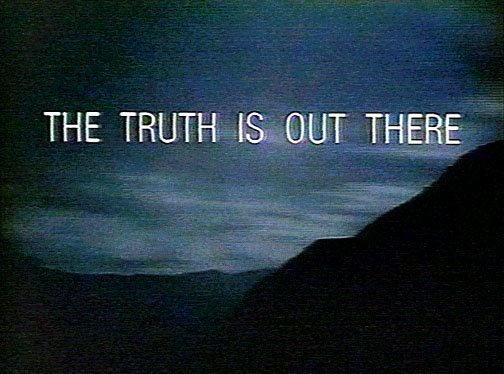